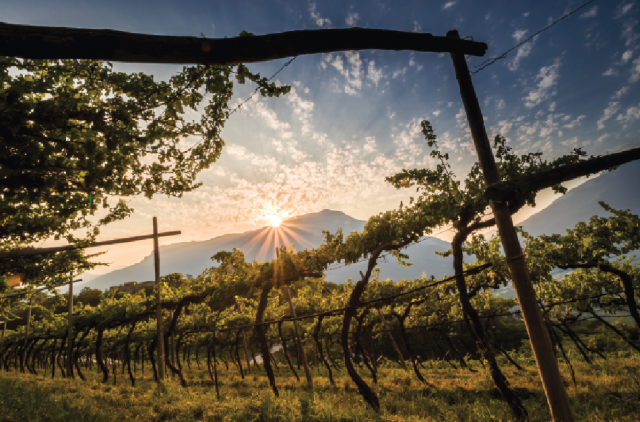 With the excitement surrounding Italy’s sparkling wine scene – whether that concerns the sales surge of Prosecco to the fine fizz status of Franciacorta – this nation’s other source of bubbles does seem to get forgotten about. This area is Trentino-Alto Adige, a beautiful area of hillside vineyards in the foothills of the Dolomites, where crisp fruity Chardonnay – and to a lesser extent Pinot Noir and Blanc – is widely grown just for making traditional method fizz under the regional brand, Trentodoc. The result is something lovely, nutty, creamy and more overtly fruity than Champagne, as well as, relative to Franciacorta at least, very good value. This was proven this year by the sparkling wines from Altemasi. But it also should be remembered that Trentodoc is the source region of Italy’s best-selling fizz: Ferrari. Bearing in mind the discerning nature of Italian consumers when it comes to sparkling wine, this fact says a lot.

If Italy’s Trentodoc can be a touch overshadowed by this nation’s Prosecco and Franciacorta sparkling successes, then it’s the same for France’s crémants when compared to the might of Champagne. In particular, with the crémants from the Loire, Bourgogne or the Jura, you can have something fine, fresh, and bready, sometimes honeyed too, at a comparatively affordable price – it’s just that few consumers seem to realise this. A quick scan of this year’s Global Sparkling Wine Masters proves this – with fantastic options from Bouvet Ladubay in the Loire, or Louis Bouillot in Bourgogne, as well as Tissot Maire in the Jura. 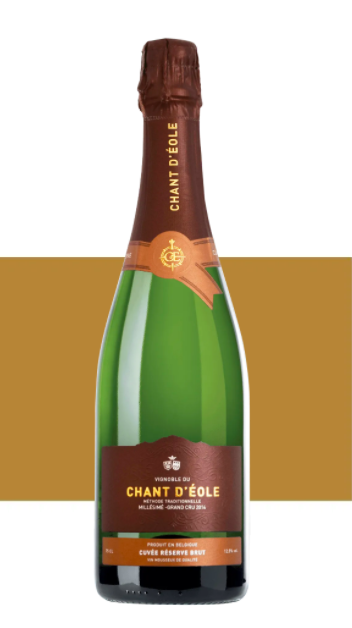 One of the thrilling aspects to blind tasting is the discovery of unexpected sources of quality, and this year’s Global Sparkling Wine Masters certainly delivered a surprising result in 2020. Among the top wines in the £20-30 category were some delicious samples from Belgium. Hailing from a producer called Domaine du Chant d’Eole in Quévy-le-Grand, which is a village in Mons, we tasted two vintages of its fizz that were remarkable for their honeyed stone fruit richness and apple-fresh finish. Who would have thought that Belgium would be the source of such sparkling wine prowess? 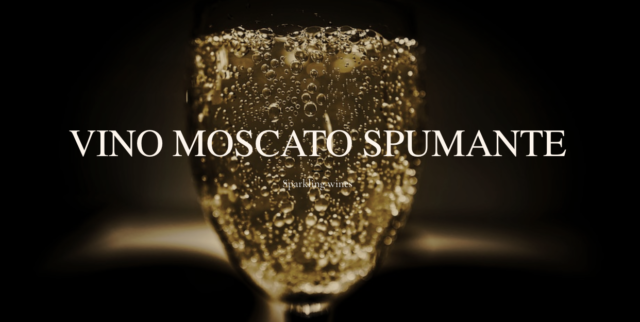 Even in a flight of sweet sparkling wines, Moscato always shouts its presence. Bursting with enticing aromas of fresh and dried grapes along with a whiff of roses, it’s hard to pause and sniff for any length of time such is the draw to starting drinking. And once you do, this style of fizz rarely disappoints with its raisiny sweetness, and floral refreshment, making it a surprisingly easy and bright sipping experience, despite the high level of sugar. Indeed, it’s the balance of ripe aromatic fruit, low alcohol, sweetness, bright acidity and refreshing fizz that makes moscato such a pleasure to drink, as well as one of the most versatile styles of sparkling wine out there. It’s also why the judges of the Global Sparkling Wine Masters love well-made Moscato. 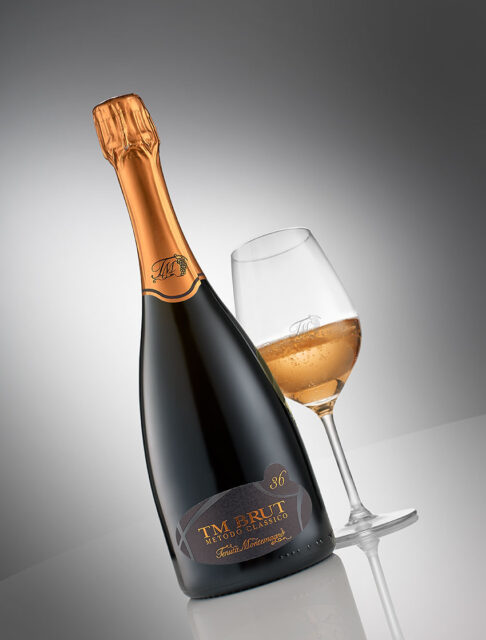 It was noticeable this year that Italy is a master at making pink sparkling wines, and not always from the most common base for rosé fizz: Pinot Noir. Indeed, the best-performer in this category was made using Barbera from Piedmont’s Tenuta Montemagno. And elsewhere, it was Glera mixed with Rabaso (along with Pinot Nero) that yielded some lovely fruity expressions of tank method pink fizz. These latter examples were a taste of what is soon to come – Pink Prosecco. That’s right, hopefully by the end of 2020, the DOC Prosecco is authorising Prosecco Rosato, meaning that those producers who are presently making a pink fizz in the region will soon be able to name it ‘Prosecco’, as opposed to just ‘Spumante’, or ‘Italian sparkling wine’ – the current solution to the fact that this area forbids the use of the word Prosecco on a rosé. 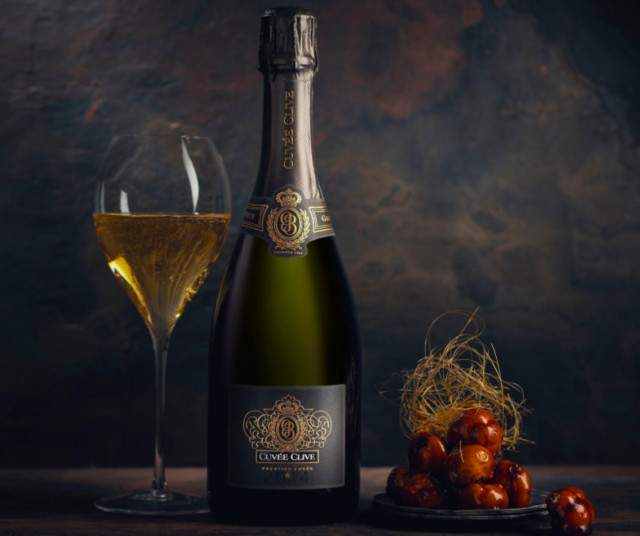 While there are plenty of first-rate non-European sparklers being produced today, including great fizz from places such as Tasmania, California, Marlborough and parts of Latin America, the outstanding ‘New World’ sparkling of 2020 was South African. This Cap Classique – which is the term used to describe Champagne style traditional method fizz from the Western Cape – hailed from the cellars of Graham Beck, and was its top expression, called Cuvée Clive. Because it was sampled ‘blind’, the judges didn’t know the source, but what they did pick up on was a rare and enticing combination of ripe yellow fruit and roasted, nutty nuances, along with fresh tangy brightness. It was clean, complex, and cleansing with the hallmarks of great Champagne, but with much richer, juicier fruit. In other words, something bolder than you’d find in the classic French fizz region, and for that reason, an exciting, indulgent and distinctive alternative. We were impressed. 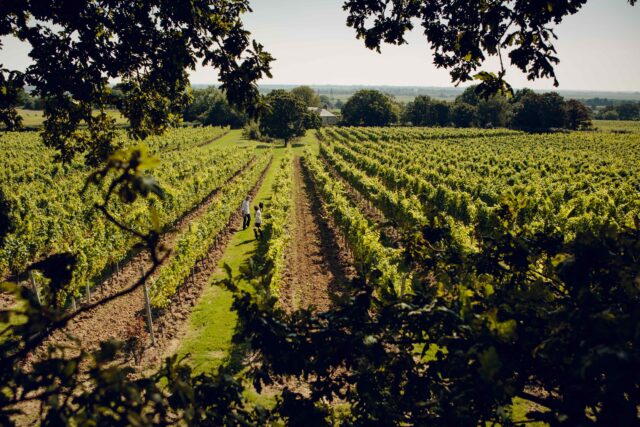 It is becoming a bit of a cliché today to pitch English sparkling wine newcomers against established fizz brands, above all from Champagne, before declaring the British version better than the French equivalent. And in the case of such comparisons, one should be wary of claiming that Champagne has been beaten – not only because the very top end of this French region is unsurpassed in quality, but also because England offers a clear stylistic difference. This latter point is important. English fizz has finesse. By that I mean it has a lightness and freshness that makes it unusually palate-cleansing. In short, it is not necessarily ‘better’ than mid-market Champagne, but it is sharper.

This year, with samples from All Angels and Gusbourne, we can see that England can hold its head high among the international competition, and that its character is distinctive. So, if you want the biscuit and chalk combination of Champagne, but more of a crisp, mouth-watering sensation, then Britain can provide it. 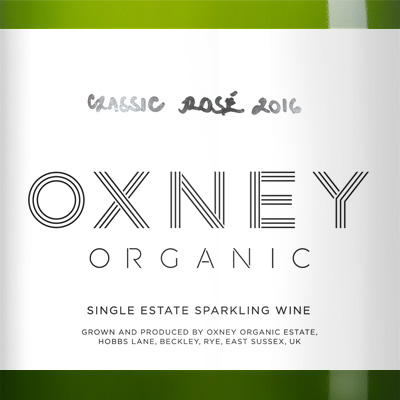 If you need convincing that the organic wine sector is on the rise, then the fizz category provides proof. This branded area of the drinks market is now home to an increasing number of organic products, with, notably, Prosecco featuring a sudden surge in releases using certified organic grapes. We had a couple of good examples in this year’s Sparkling Wine Masters, along with an organic sparkling Pinot Grigio, while a large proportion of this year’s Organic Masters were sparkling wines, particularly from Prosecco. And, elsewhere, organic fizz is growing, in part driven by a push by regional governing bodies. For example, Reserva level Cavas must now be made with organic wine, while Franciacorta is aiming to be 100% organic in the near future – although already more than 70% of production in this sparkling wine region employs certified organic grapes. And even English sparkling wine production has an organic element, with a number of top scorers being managed this way – such as Oxney, Davenport and Albury, to name some of our recent medallists in The Global Masters. 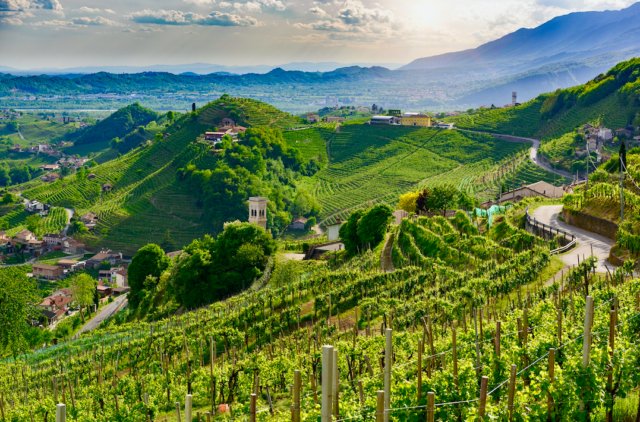 With the prevalence of Prosecco in supermarkets, commonly sold on price promotion, and often as a private-label, rather than producer brand, the fizz struggles to convey an upmarket image. However, there are plenty of fine Proseccos being made, highlighting the quality potential of the region, particularly the hilly vineyards around the towns and villages of Asolo, Conegliano and Valdobbiadene. As you can see from this year’s Global Sparkling Masters, some of our very best performers were Proseccos, particularly the samples from Massotina and Andreola.

Among both these producers were Gold-medal-winning Proseccos classified as Rive expressions, which are those bottled to reflect particular, outstanding sites within the region. With such samples, although one doesn’t get the toasty flavours of traditional method fizz – even top Prosecco is made in a pressurised tank – you do get delicious layers of fresh fruit, from ripe peach to zesty citrus, boosted by the refreshing sensation from a persistent stream of bubbles. 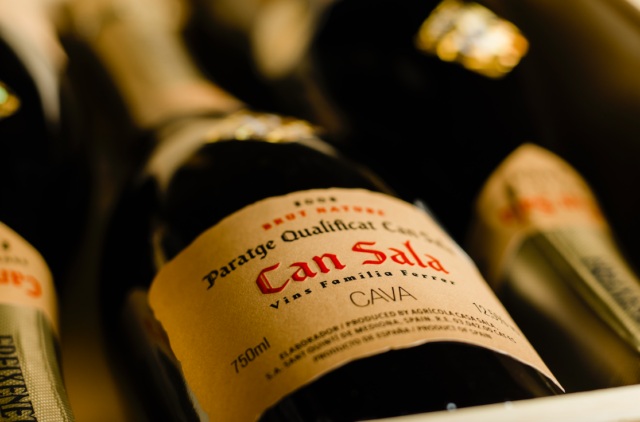 Although sparkling wine is well known for its dynamism during this past decade, for some reason, Cava doesn’t seem to have been given much-deserved credit for its developments. With so much of the attention focused on Prosecco – which has been the growth driver for sparkling wine worldwide – it seems the historic Spanish sparkling has been overlooked. Meanwhile, at the top end of the fizz category, there is a fixation with Champagne, and some of its challengers, such as Franciacorta and English sparkling. But, as our Global Sparkling Masters has shown, Cava is the source of fantastic value traditional method sparkling wine, loaded with all its appealing creamy, toasty characters. Notable this year were the brilliant samples from Vilarnau and Perelada at impressively affordable prices. But Cava is also the source of truly fine fizz at the luxury end of the market. Indeed, our highest-scoring entry of 2020’s competition was a Cava: the brut nature 2008 vintage offering from Can Sala. Costing around £70, it may be pricy for a Spanish sparkling, but when compared to prestige cuvée fizz, it appears, strange though this may seem, affordable.