Recipes
by  The Wine Butler 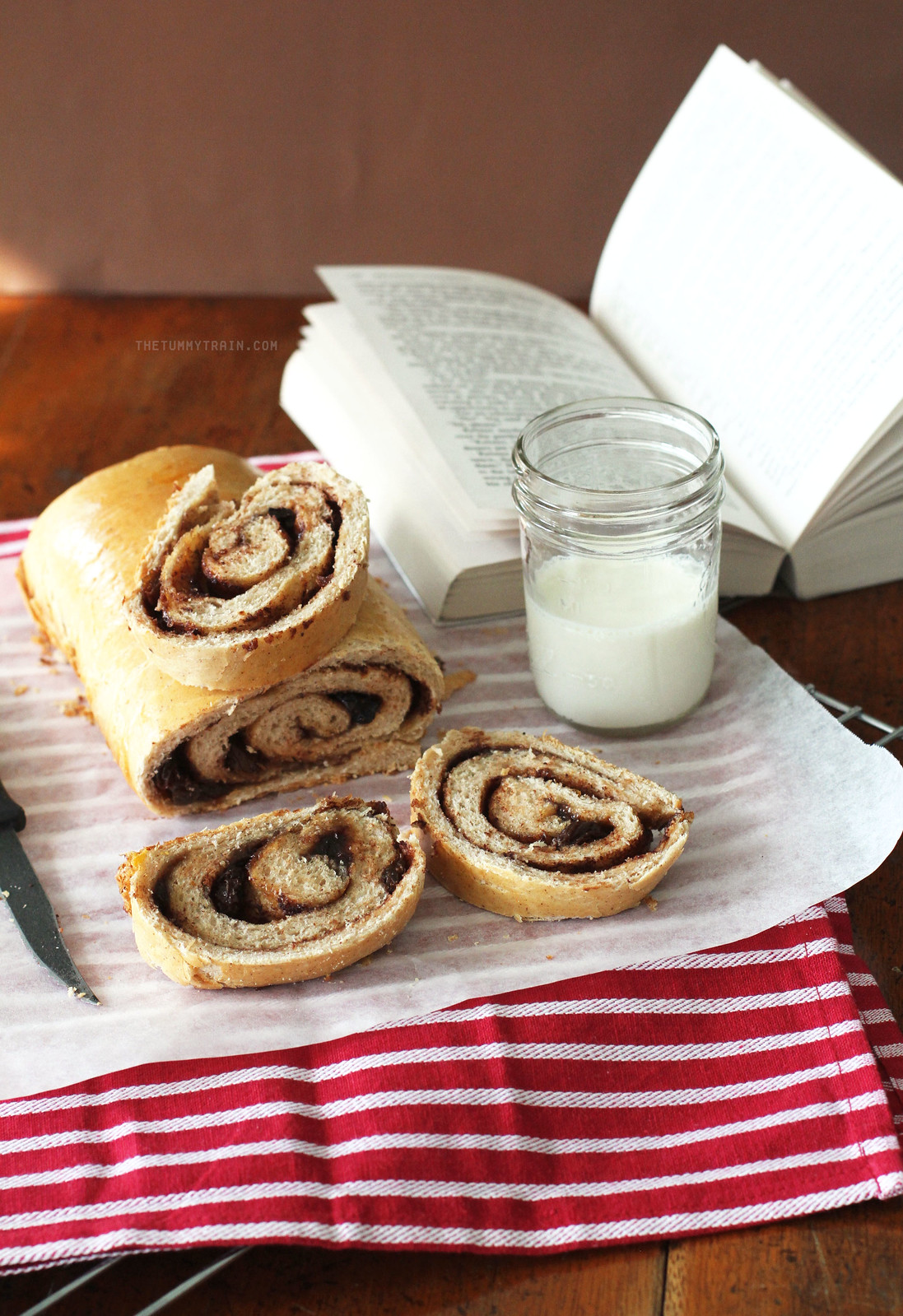 Cinnamon swirled bread with the fruity bonus of rum raisin within.

For the rum raisins

For the cinnamon sugar filling

For the Egg Wash

1. Heat rum in a small saucepan until it begins to simmer. Meanwhile, place raisins in a medium bowl. Once rum is simmering, remove from heat and pour over raisins. Let sit for 2 to 3 hours, until rum has cooled to room temperature and raisins have plumped up. Strain raisins and discard rum. Set aside. 2. Place warm milk in the bowl of your stand mixer, then sprinkle 2 teaspoons sugar, and active dry yeast on top. Stir to combine. Let sit for 5 to 10 minutes until yeast has activated and mixture is foamy.

3. In a large bowl, whisk together flour, cinnamon, and sea salt. Set aside.

4. In the mixer bowl with the foamy yeast, add the cooled melted butter and lightly whisked eggs. Now place the bowl on your stand mixer and attach the dough hook.

5. With the mixer running on low speed, add the flour mixture in three additions. Once all the flour add been added, increase speed to medium. Continue to knead until dough comes together; pulling away from the sides of bowl to form a smooth and elastic dough. 6. Transfer the dough to a lightly oiled large bowl. Cover with plastic wrap and let dough rise in a warm area for 1 hour.

A few minutes before end of rising time, make the filling

7. In a small bowl, combine softened butter, dark brown sugar, cinnamon, and orange zest until a smooth paste is formed.

8. Once dough has risen, punch down and divide the dough into two equal parts. Working with one piece of dough at a time, roll dough into a rectangle about 9″x13″ in size.

9. Spread half of the cinnamon filling over the dough, then scatter half of the rum raisins all over the surface of the dough. Using your finger, gently press raisins into the dough. 10. Beginning from the short end of the rectangle, roll up the dough tightly and pinch the seams together. Tuck the ends of the roll on the same side as the seams. Place loaf seam side down in a lightly greased 9×5-inch loaf pan. Cover with plastic wrap and let rest for 30 minutes. Repeat with the other half of dough.

12. Once the breads have risen a second time, brush egg wash all over the top of the loaves. Bake for 35 to 40 minutes until tops are golden brown. (If you want to ensure doneness, the internal temperature of the bread should be above 185°F/85°C on a kitchen thermometer.)

13. Let bread cool in pan for 5 minutes before unmoulding onto a wire rack. Cool the bread to room temperature before slicing.

Adapted from The Little Epicurean blog
By: Clarisse
(Grabbed from: http://www.thetummytrain.com/2015/09/18/rum-raisin-cinnamon-swirl-bread-recipe/)
Share This: