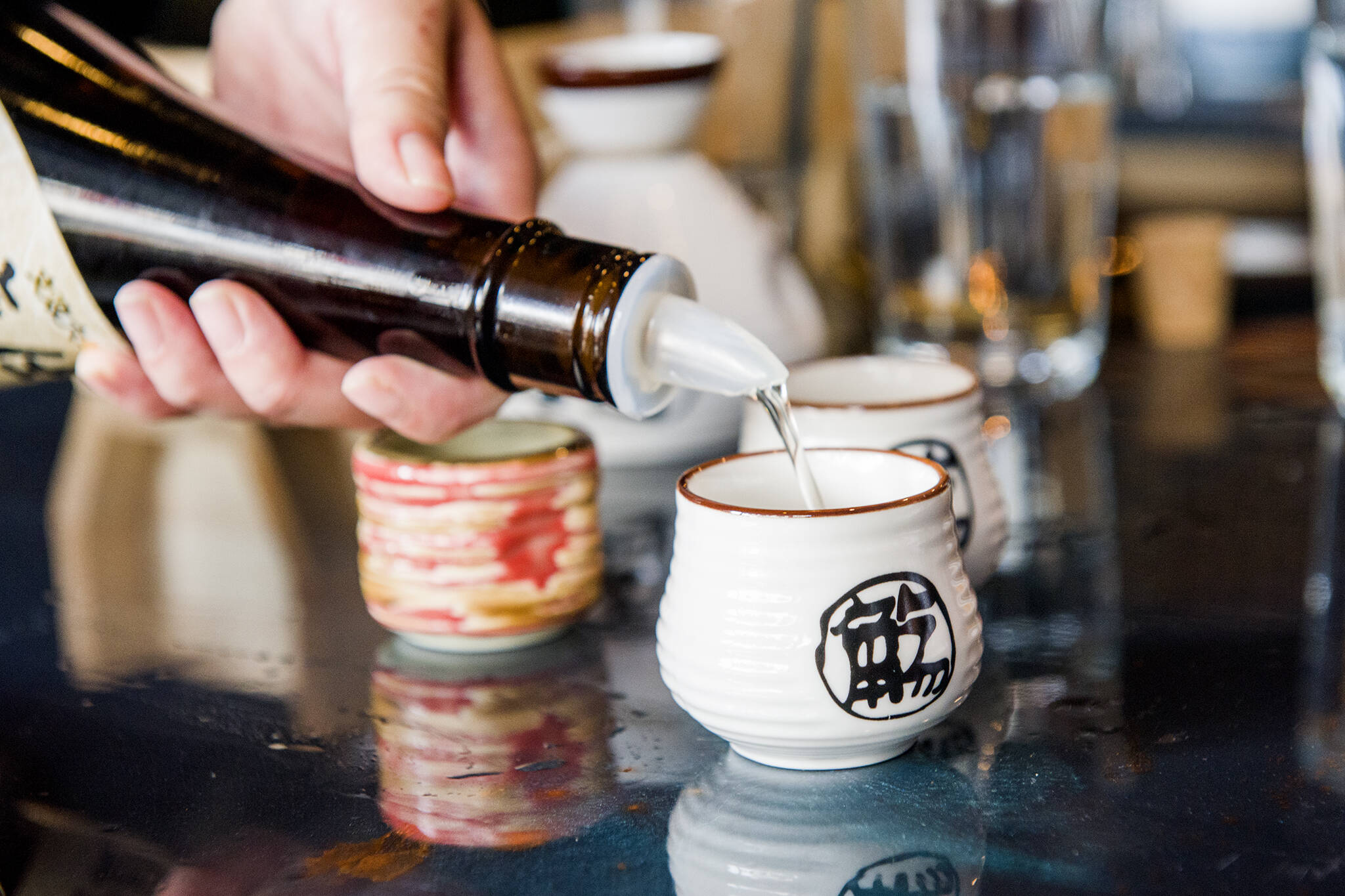 Koi Koi Sake Bar is the first bar in Toronto to specialize in Japanese rice wine, offering a variety of rare and high-end sake imported from Japan along with sake cocktails, whiskey, and Japanese drinking foods.

Run by the same folks behind North Poke and the Japanese convenience store Sukoshi Mart, Linda Dang and Nancy Young continue their slow takeover of Kensington Market by transforming what used to be the mainstay music venue Graffitis into a celebration of all things Japanese. 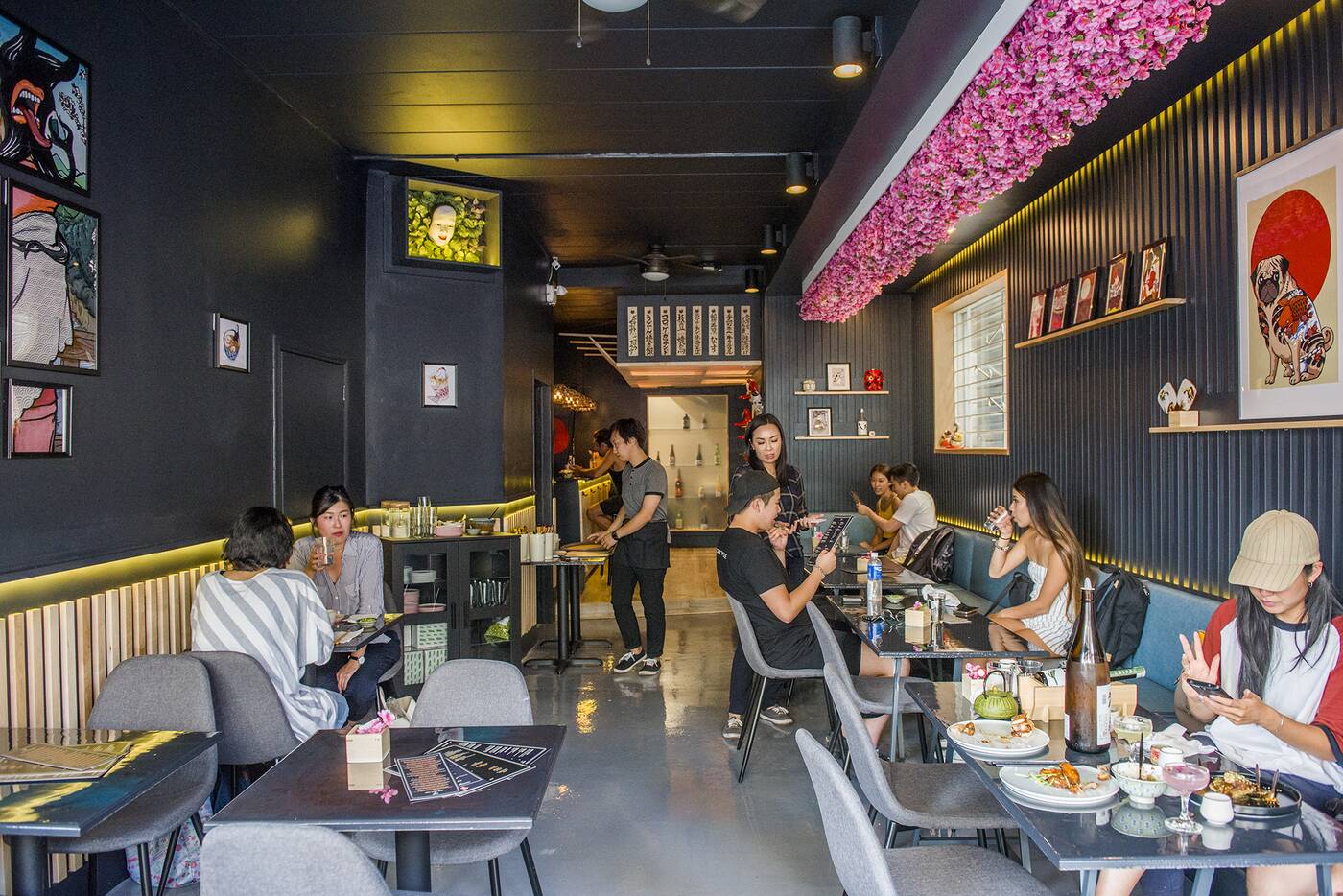 The bar gets its aesthetic from traditional Japanese Hanafuda cards, and is actually named after a popular Hanafuda card game that’s big in Japanese culture, hence the sakura and card-themed decor you’ll find around the restaurant. 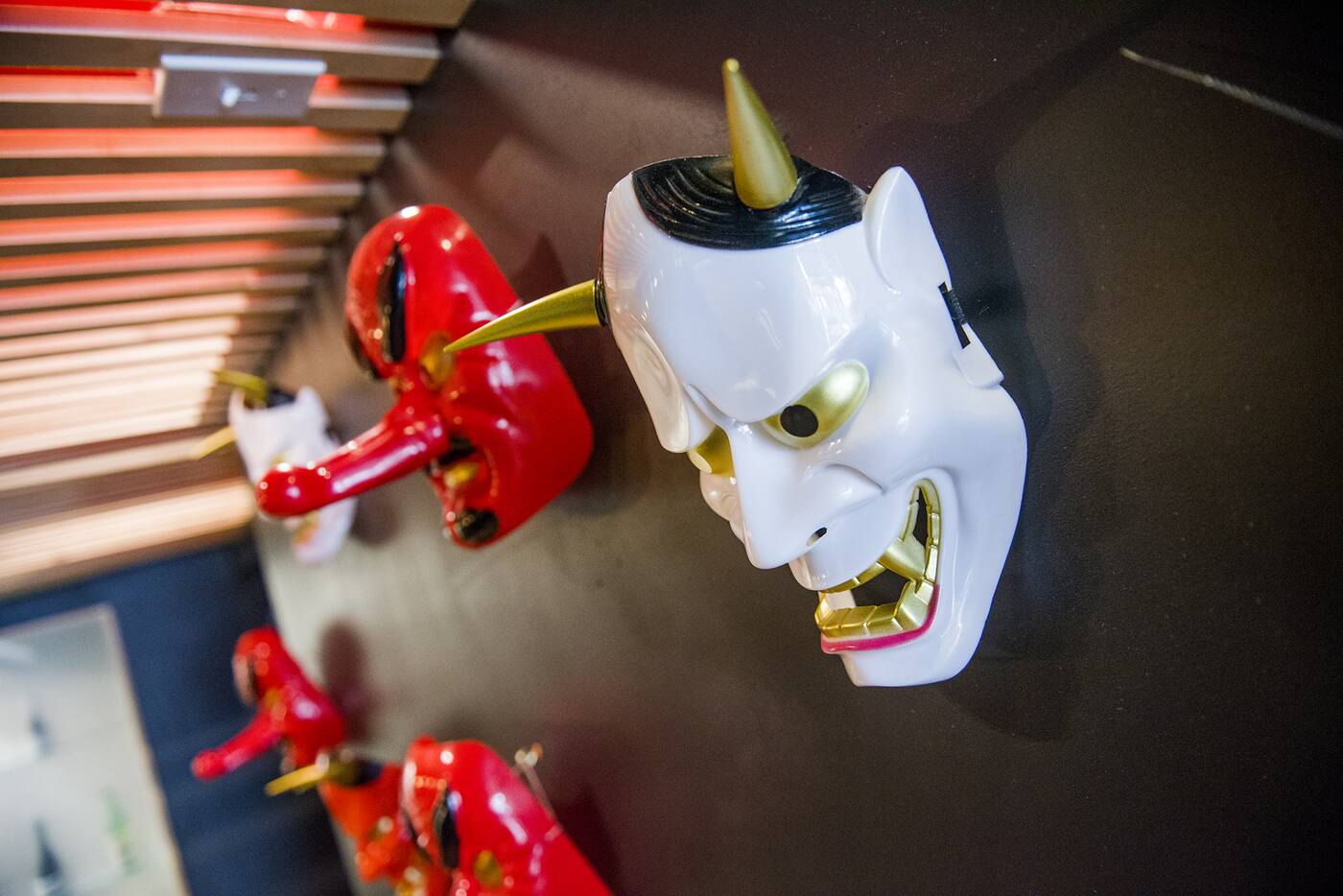 Fun fact: Lisa tells me that Nintendo (yes, the video game company) was originally founded in 1889 as a Hanafuda card producer, and still produces decks of them today. 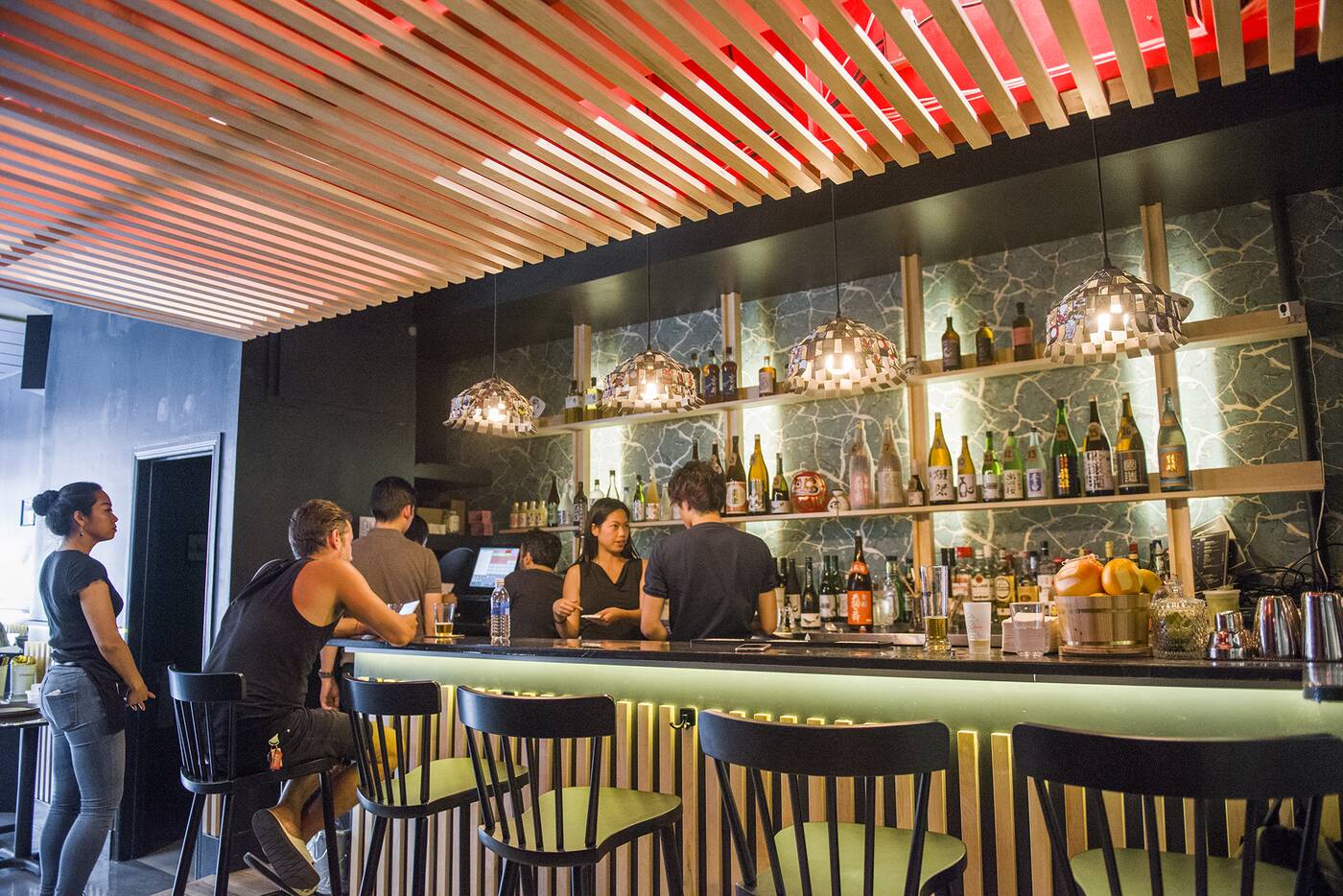 During the summer, Koi Koi’s front window opens up wide to offer a beautiful view of Baldwin Street. At the back past the main seating is where you’ll find the bar, which features 16 types of sake on the regular, along with other seasonal sakes which are off-menu. 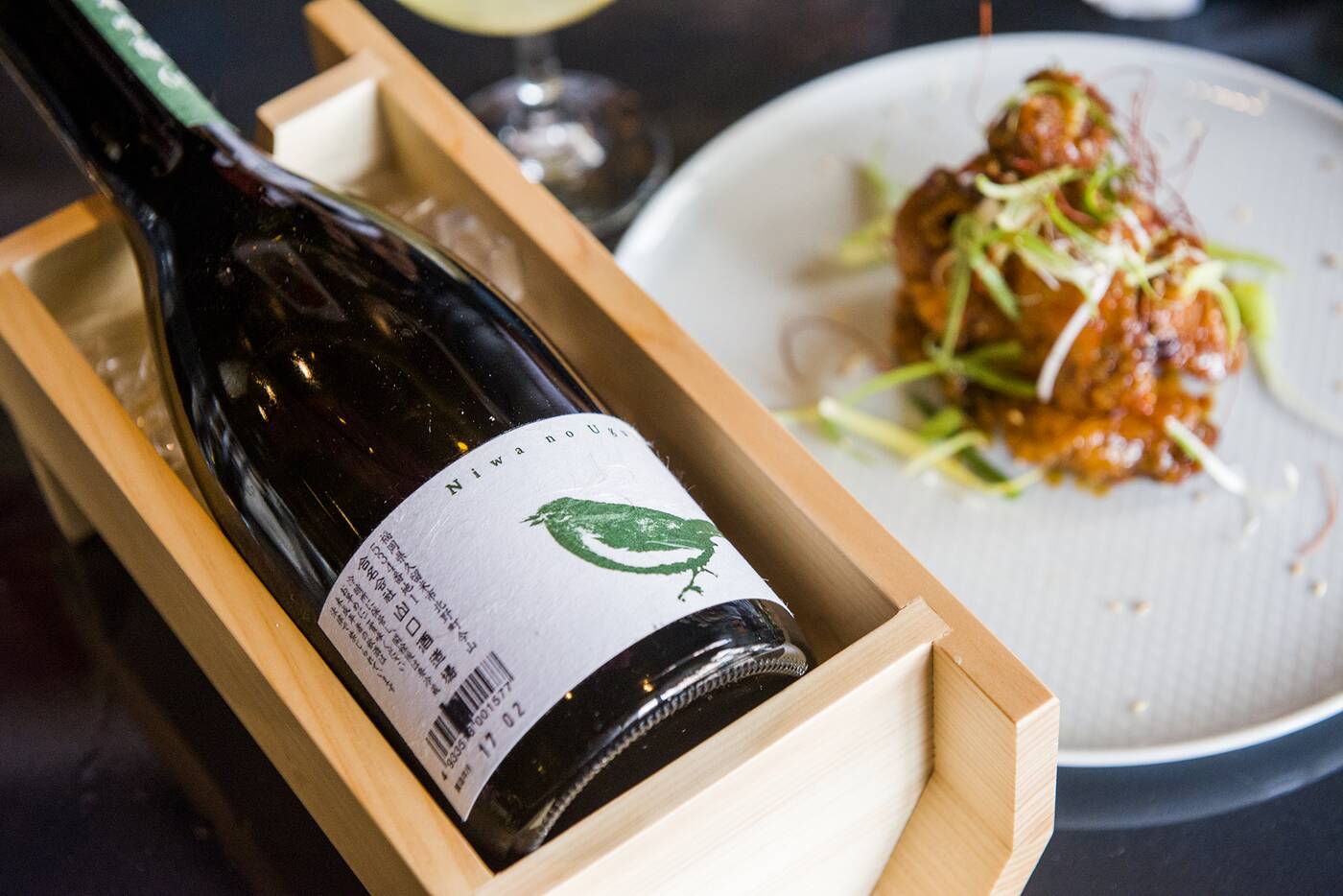 Close to a dozen of the sakes come straight from Japan via sake agents, and rice wine lovers will be happy to find award-winning sakes like the Tengumai Yamaha Junmai ($33 for 300 mL) and the Dassai 50 Nigori ($70 for 300 mL). 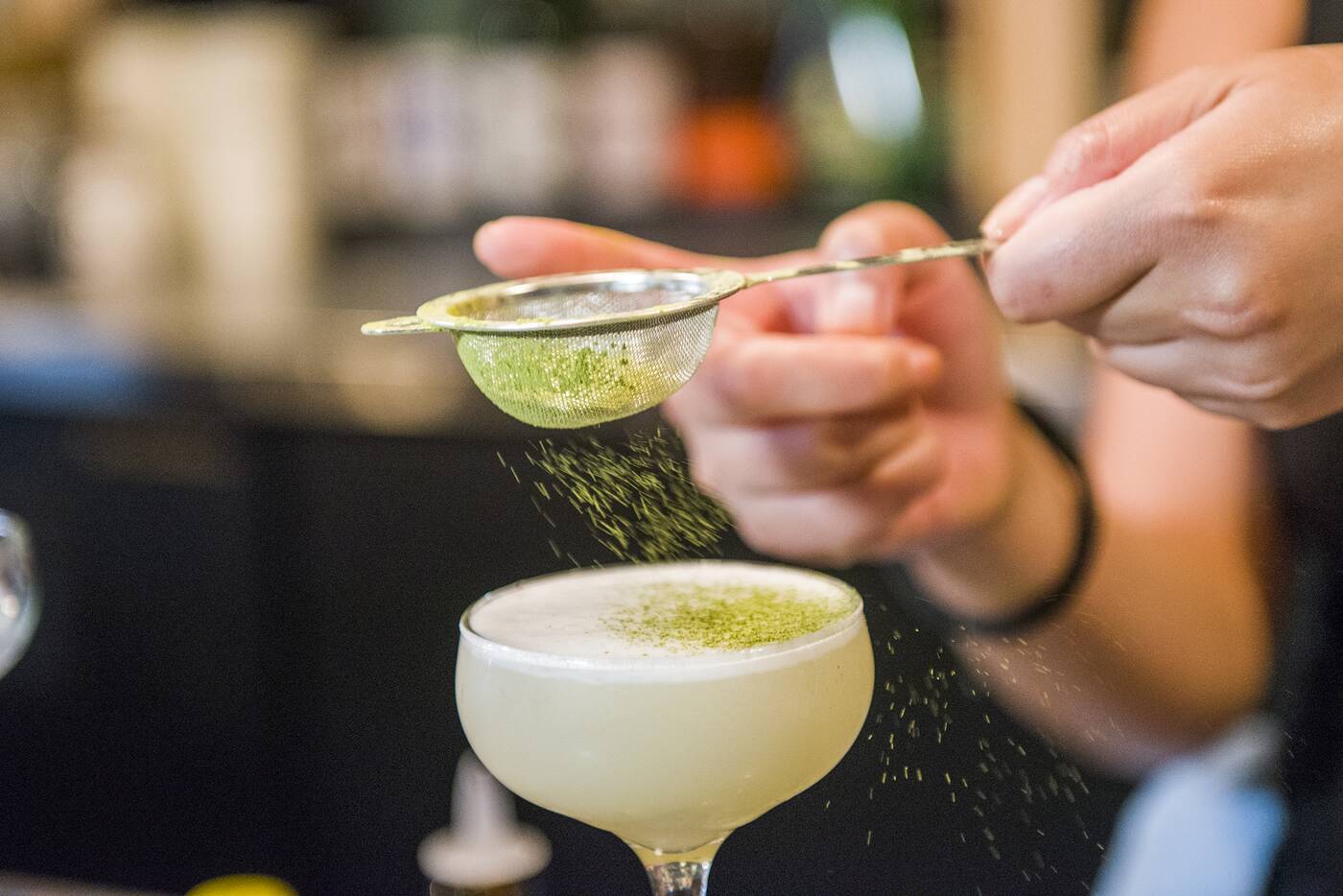 Most sakes can be bought in either 100, 300, or 700 mL quantities while others require that you buy the whole bottle. The good news is that if you can’t drink it all in one go, you can stash your bottle behind a frosted glass window and come back to drink the rest some other time. 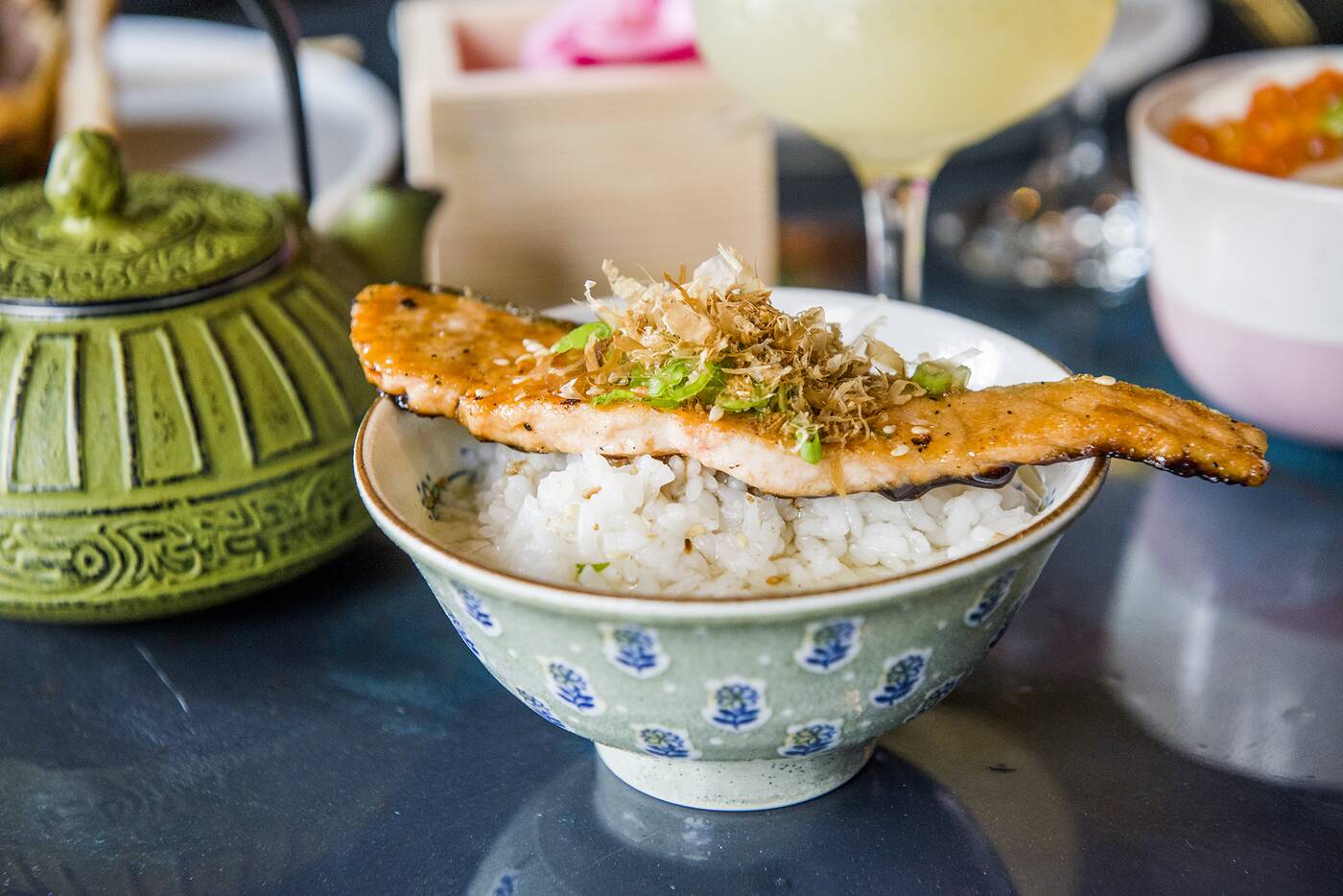 The dining menu – comprised of food you’d want to pick at while getting more and more drunk off sake – is separated into “sumoru” and “biggu” sections, which, when pronounced out loud, force you unintentionally say “small” and “big” in a Japanese accent.

The standout dish is the salmon ochakuze ($10), otherwise the hangover cure, which is a popular meal post-party in Japan. 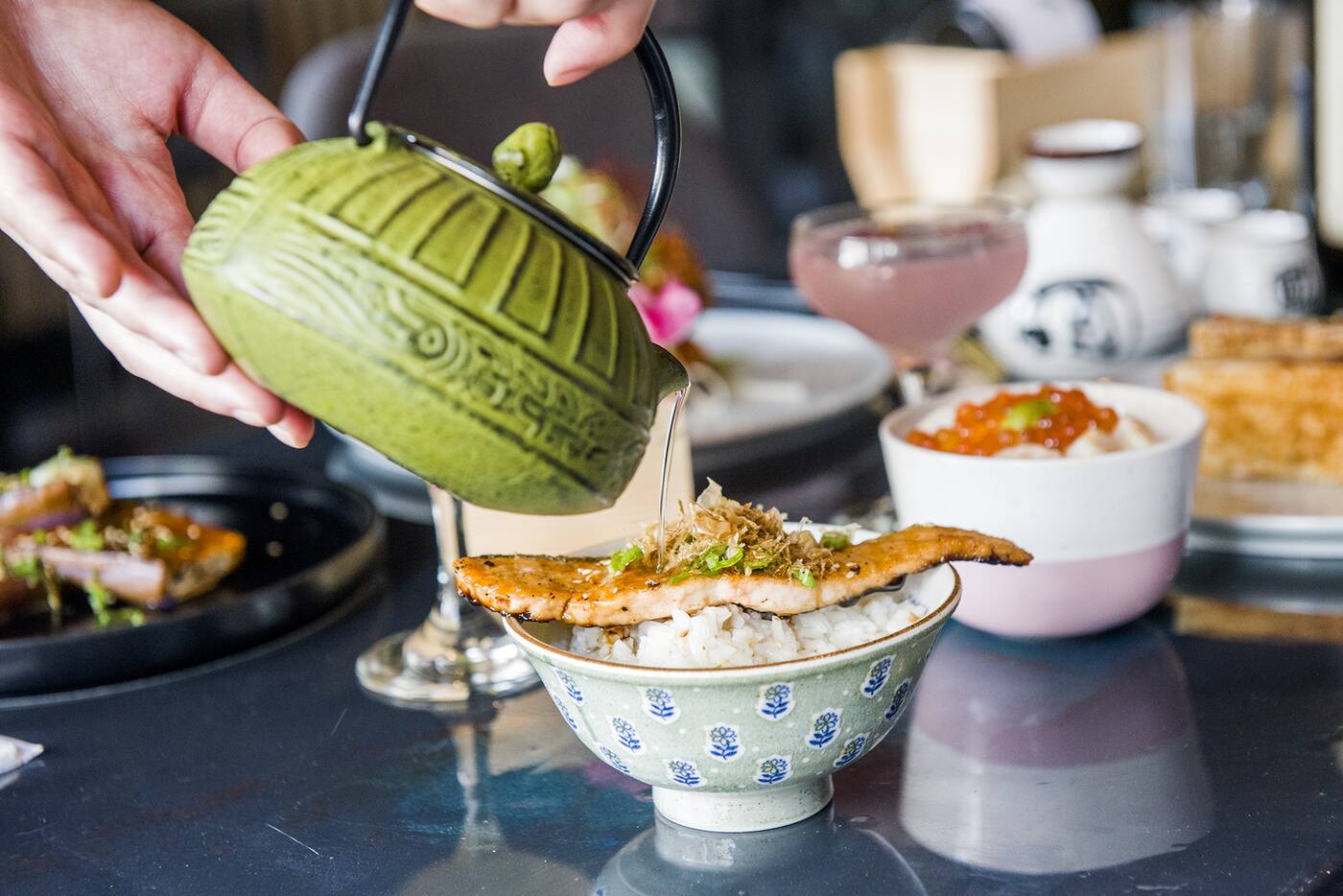 Ume green tea is poured from a teapot into a bowl of soup and rice topped with bonito flakes and a piece of grilled teriyaki salmon to create a meal that’s equal parts soothing and savoury. 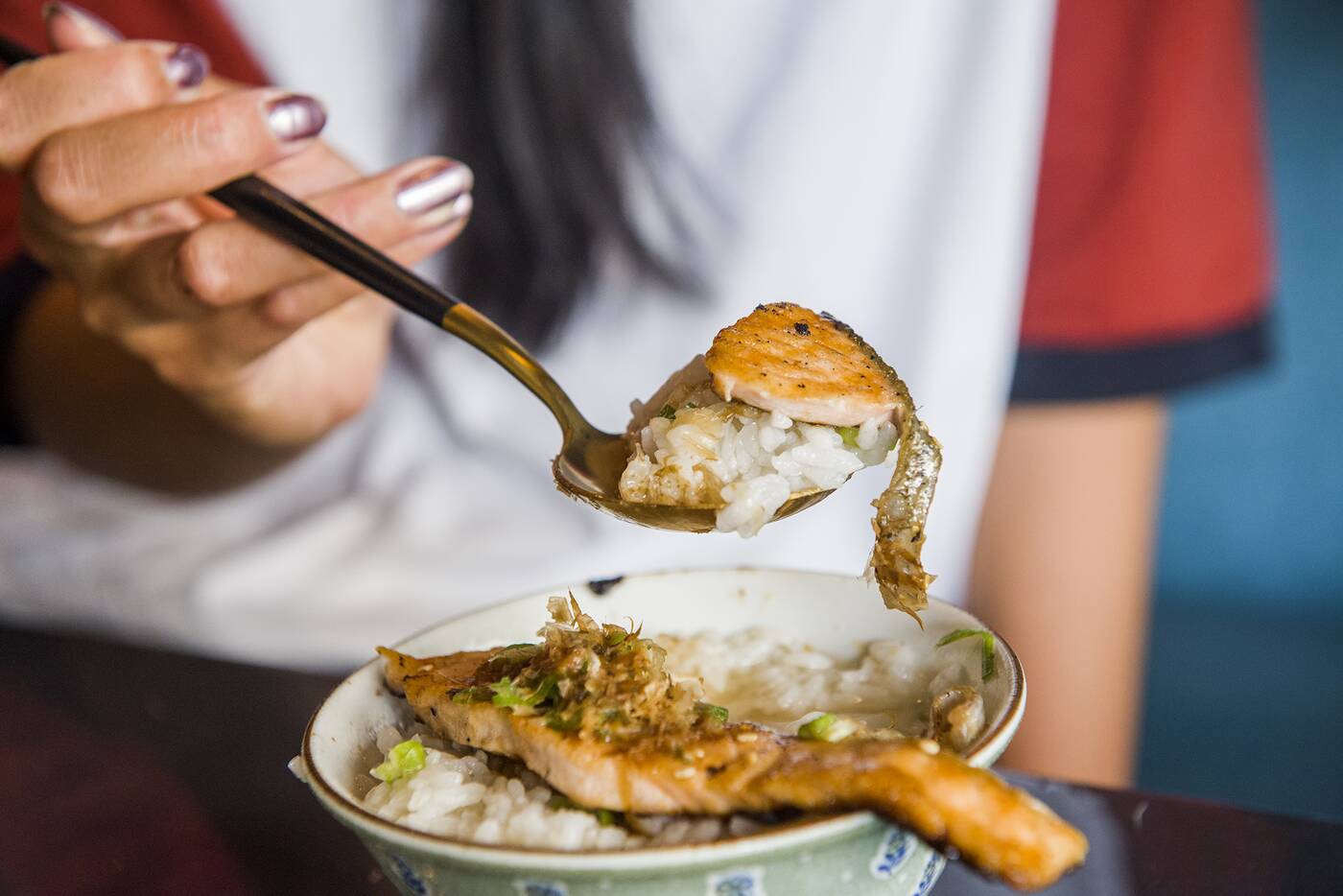 After a long night of drinking sake, ochakuze’s anti-anxiety properties are a super satisfying cure and a unique experience for any hungover Japanophiles. 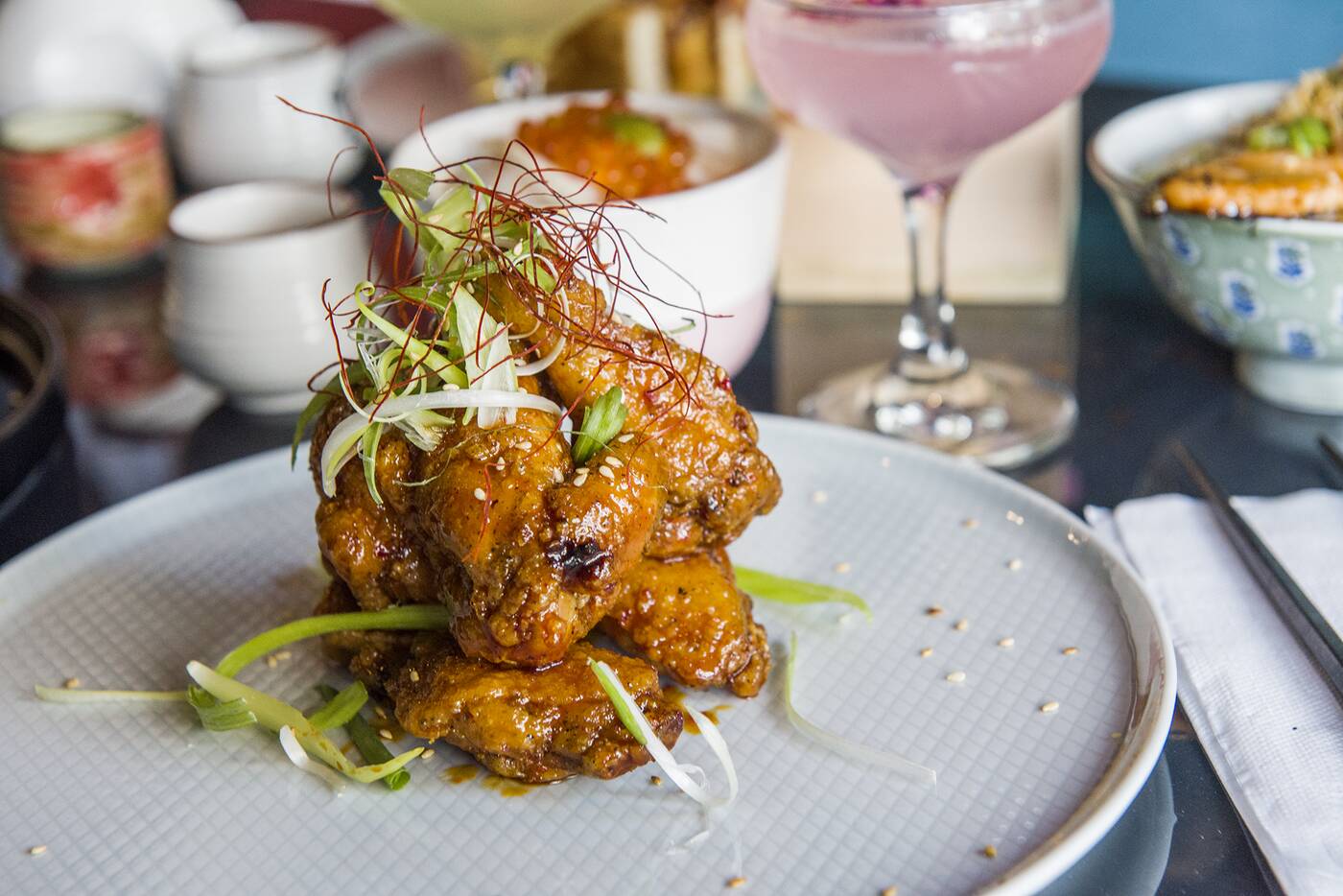 There’s soy chicken wings ($9) which offers about a pound of meat topped with green onions ad sesame seeds.Marinaded in soy sauce, they pack tons of flavour and crunch, though despite looking like they might have a kick, they’re actually not spicy at all. 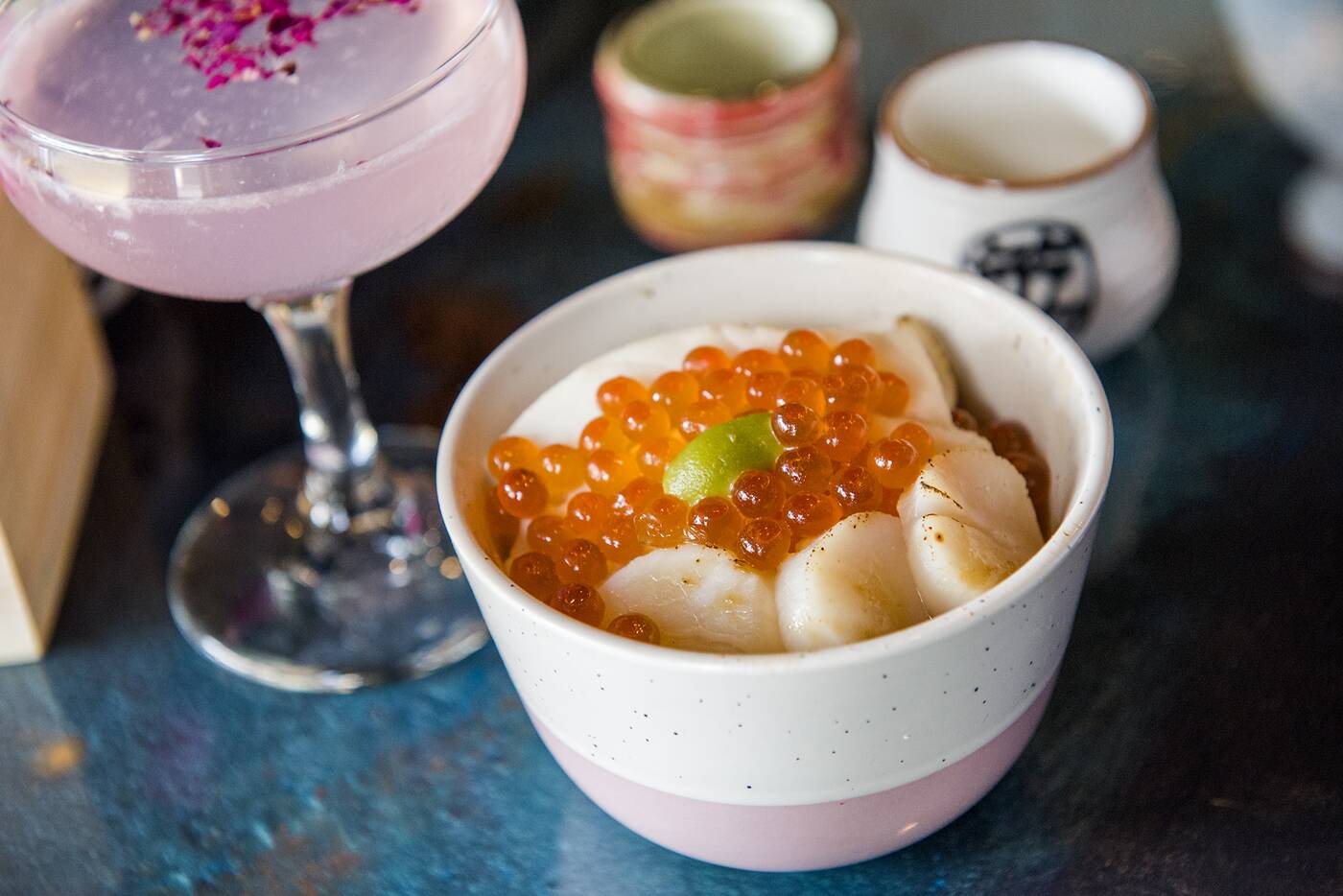 A small bowl of hokkaido ikura don ($13) is surprisingly filling with a bed of rice covered in butterfish, torched hokkaido scallops, ikura marinated with soy dashi, and a little wasabi. 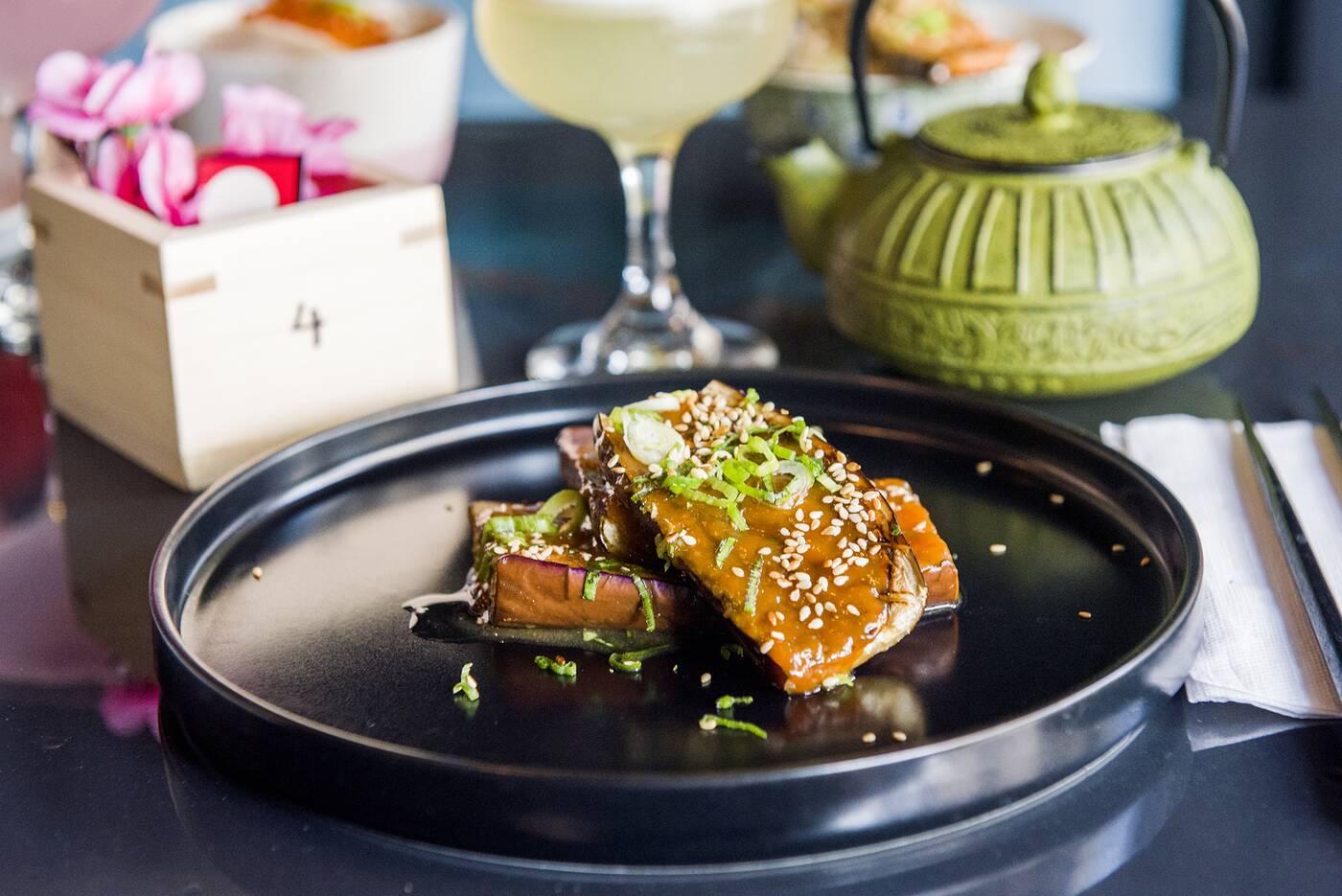 The miso nasu ($7) is a generous portion of soft, grilled eggplant glazed with salty miso. 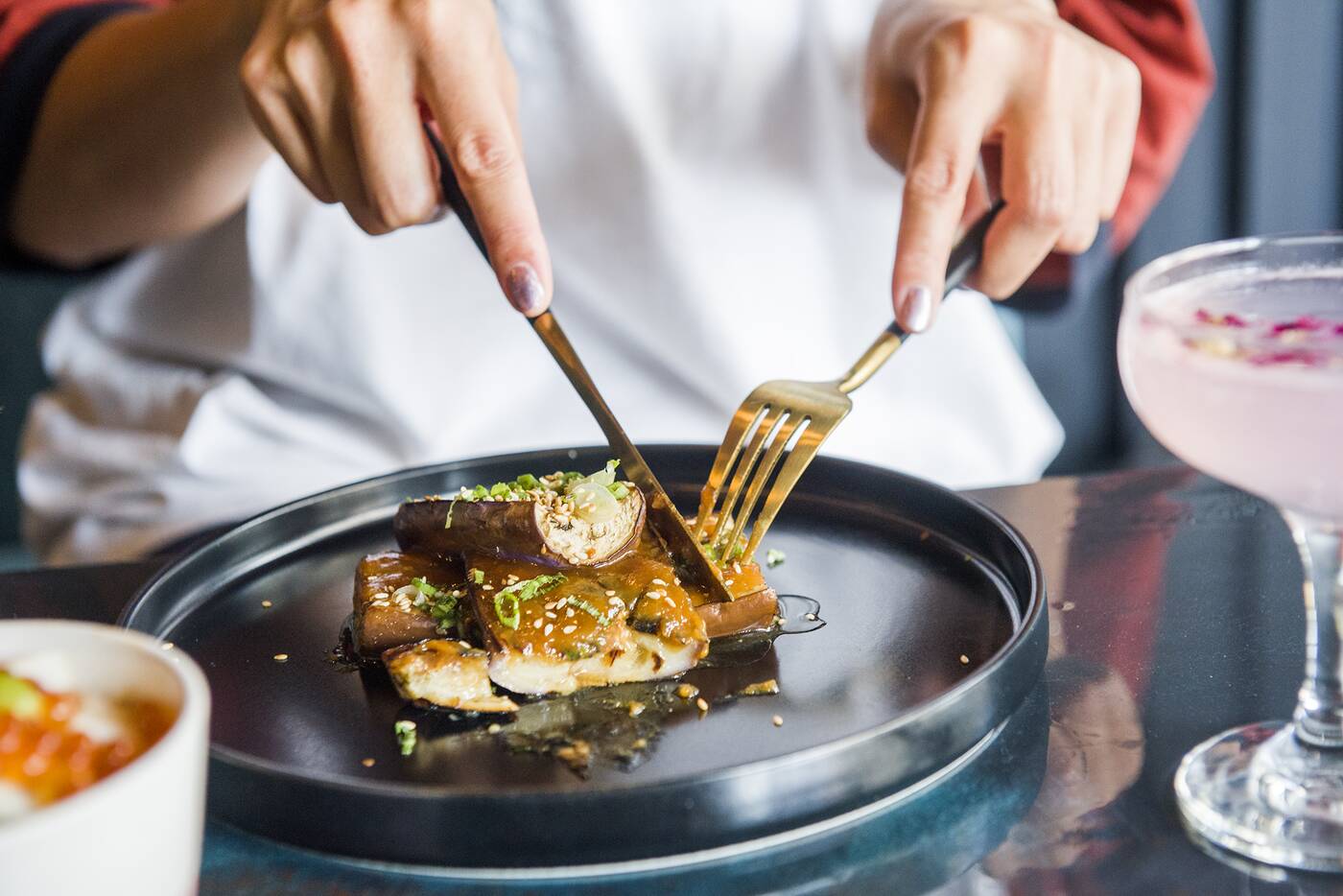 It’s a great veggie dish with tons of umami, full of flavour, and so easy to cut through it almost feels like you’re eating a filet of fish. 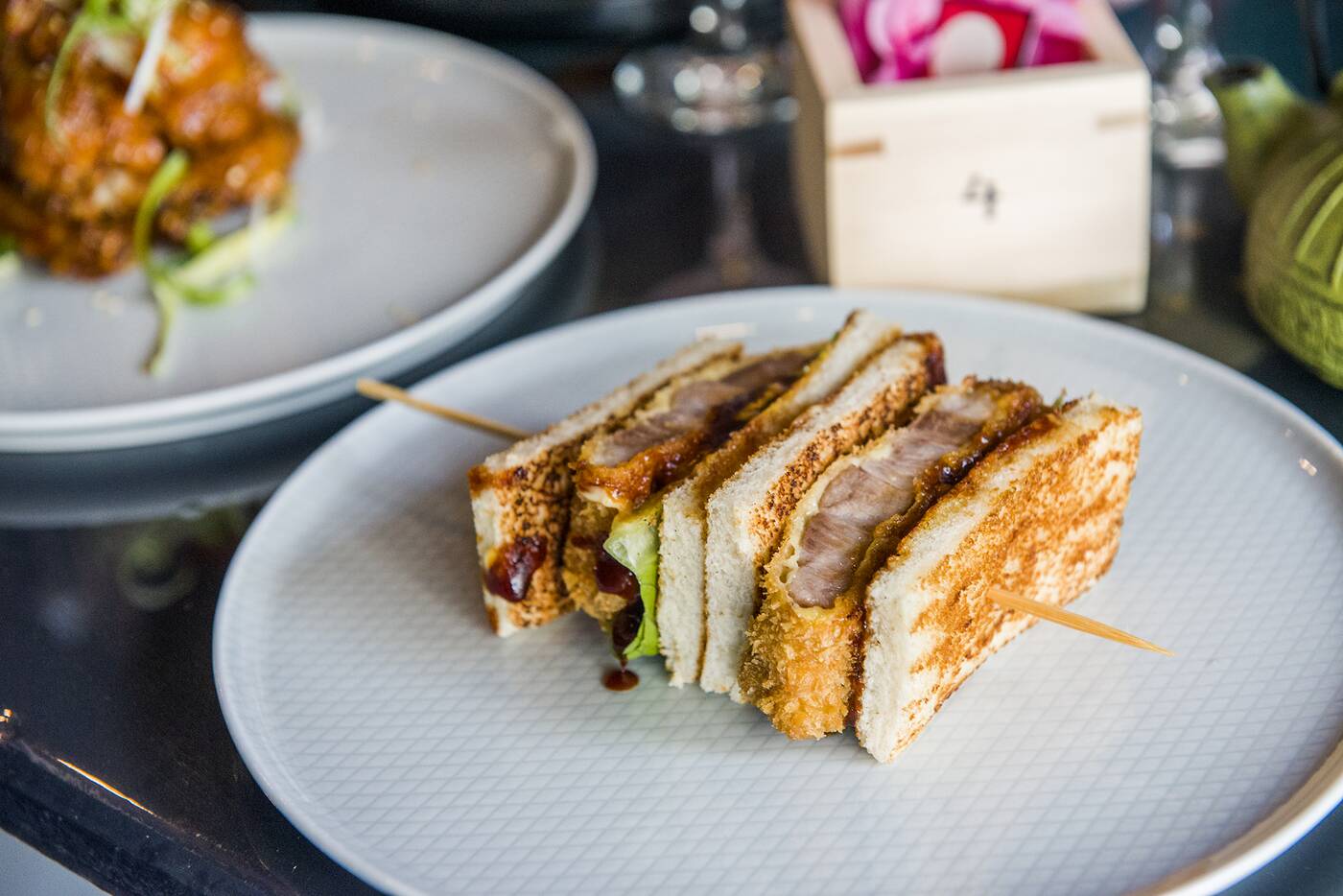 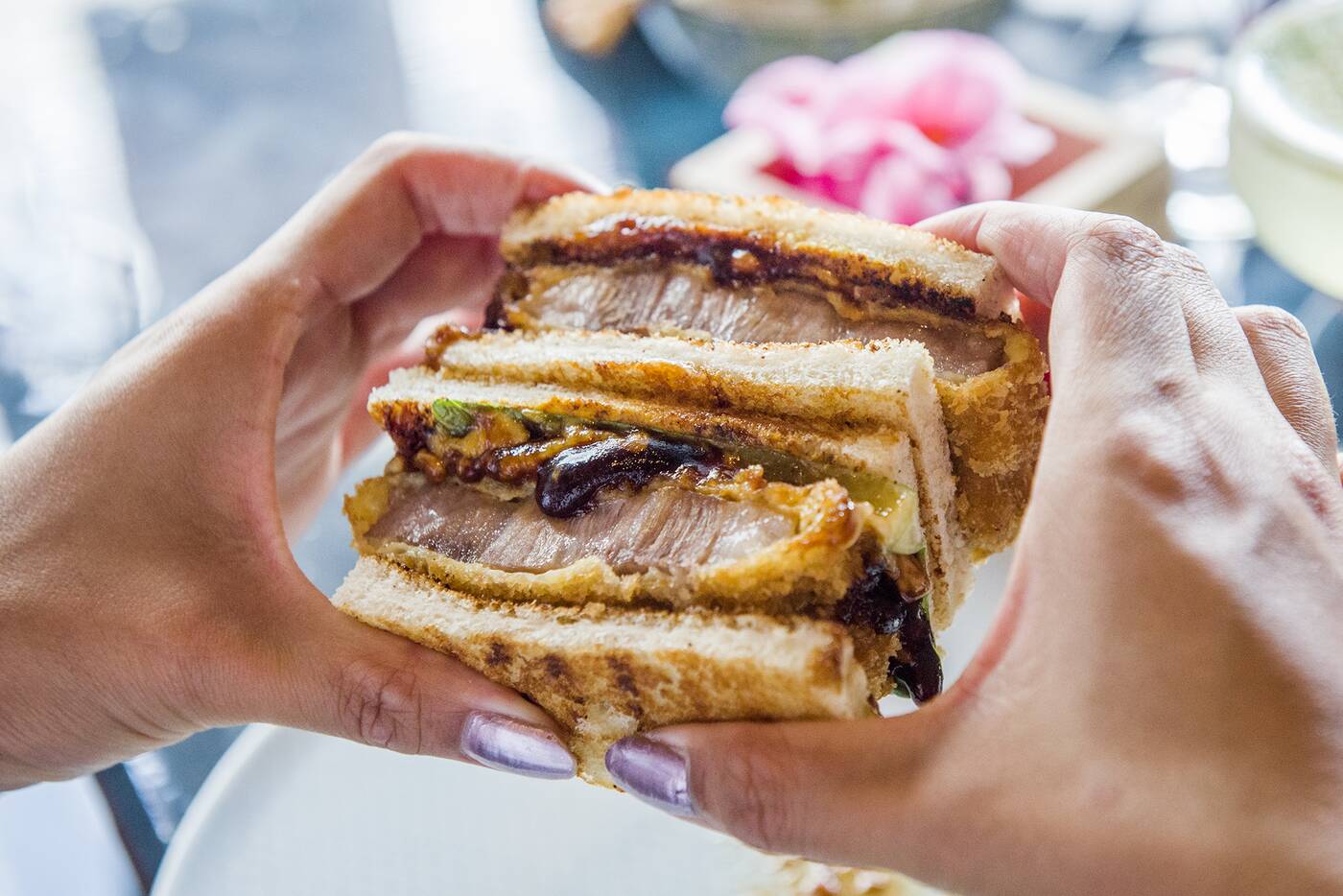 It’s a simple concept but definitely delivers on the satisfaction scale, and despite encountering the occasional gristle, the meat was overall juicy and tender. 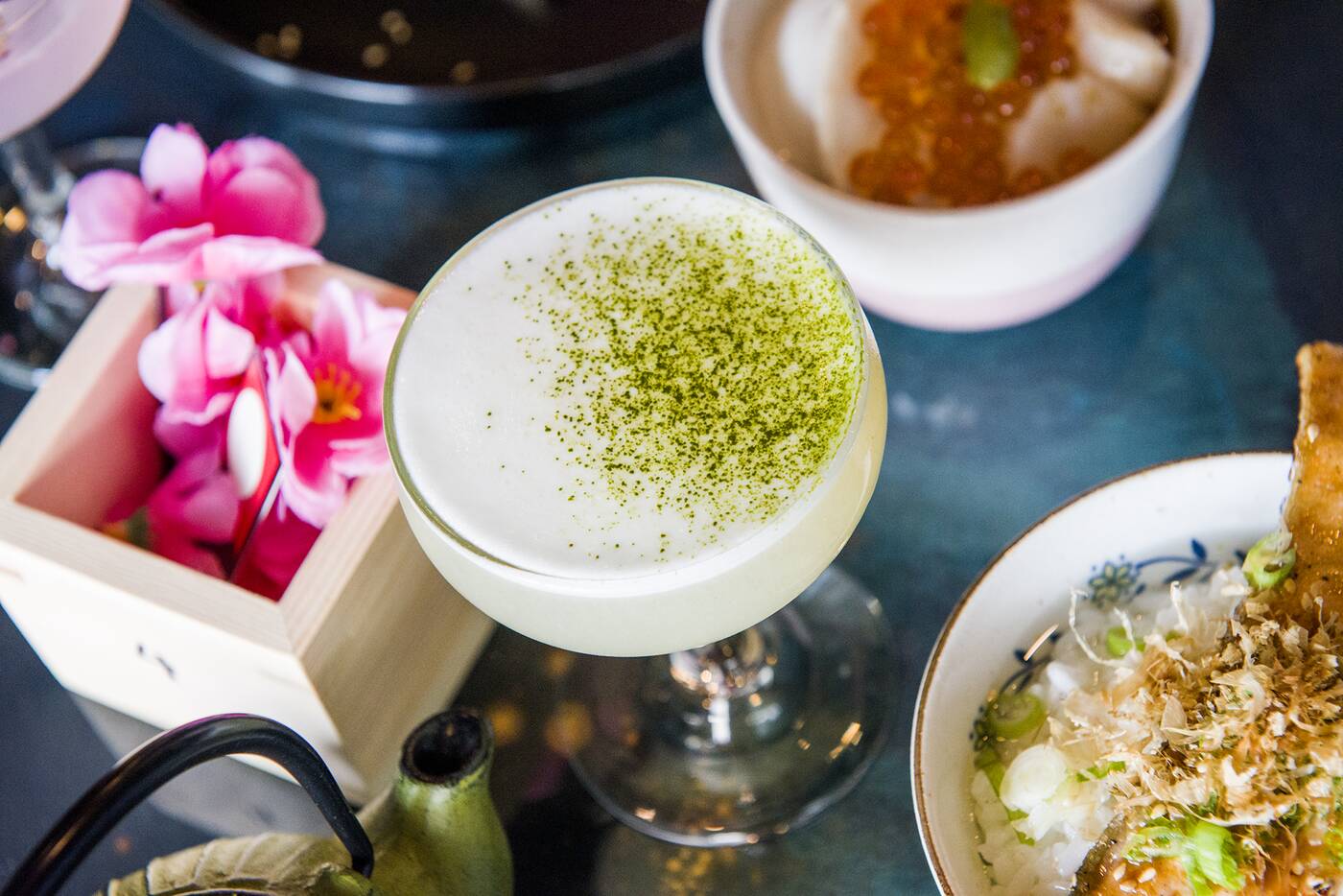 If you’re not a fan of drinking sake straight up, there’s also five to six types of Japanese whiskeys on the menu at any given time, along with nine signature cocktails to choose from like the matcha whiskey sour ($13) which uses Toki whiskey and matcha syrup. 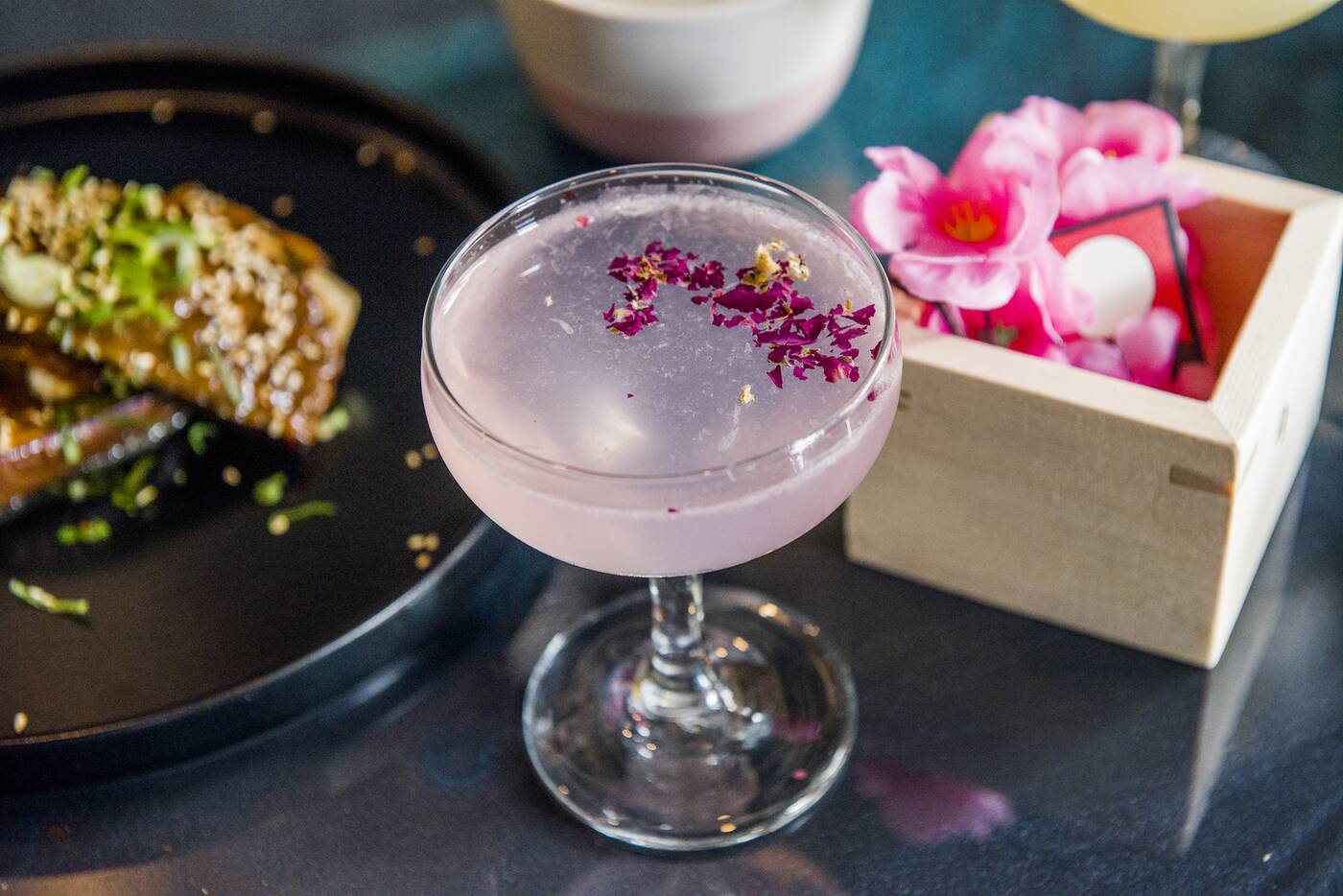 The onna yokai ($13), my favourite of the two, is a pretty pink drink with rose syrup, vodka, lime juice and shochu, the less popular Japanese alcohol that, unlike sake, is distilled not fermented. 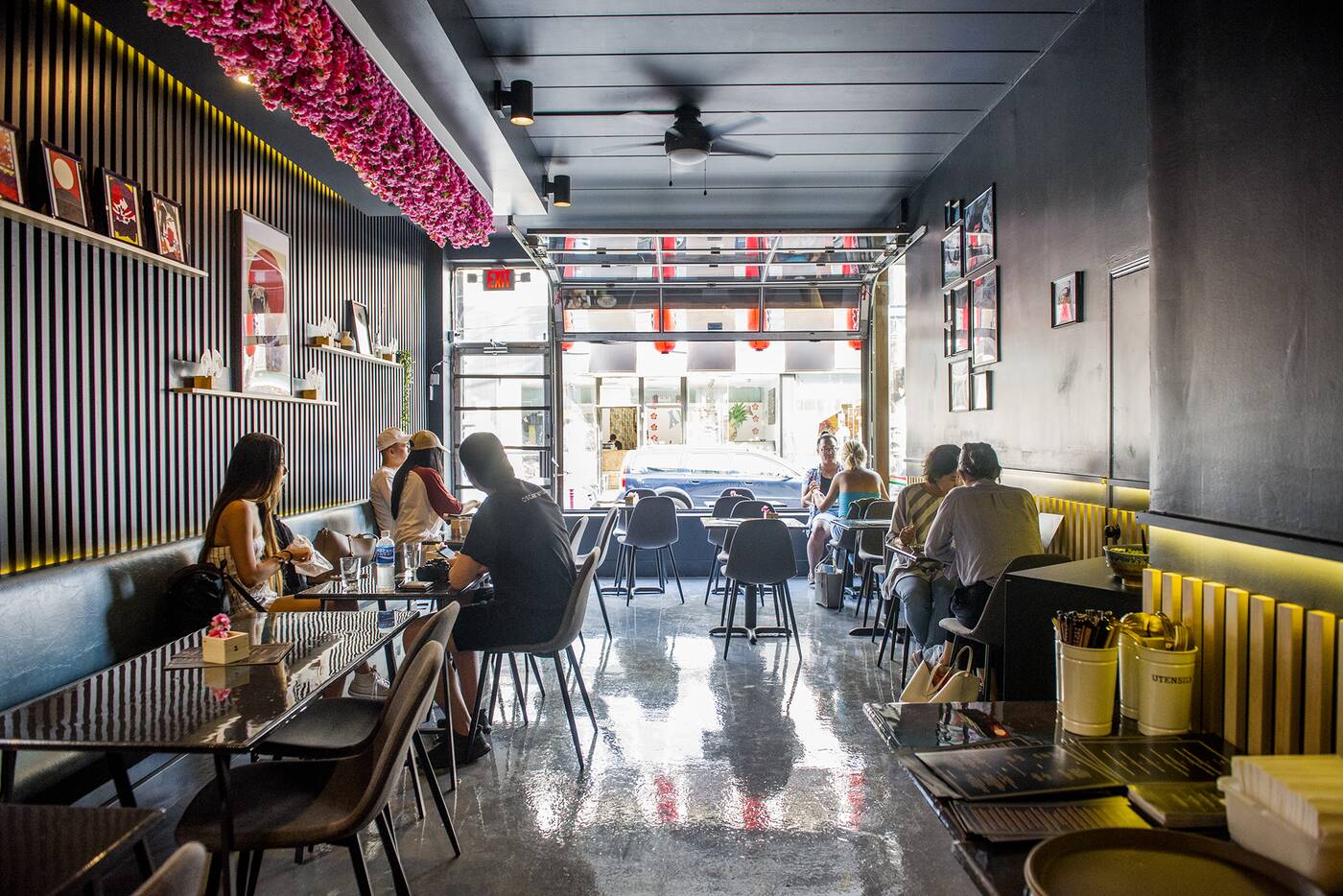 Koi Koi has completely transformed Graffiti’s old space into a sleek and stylish sake bar that’s one-of-a-kind in the city. Whether you’re there for a casual date night or a serious sake tasting endeavour, you’ll likely leave Koi Koi a drunk, or at the very least a little tipsy. 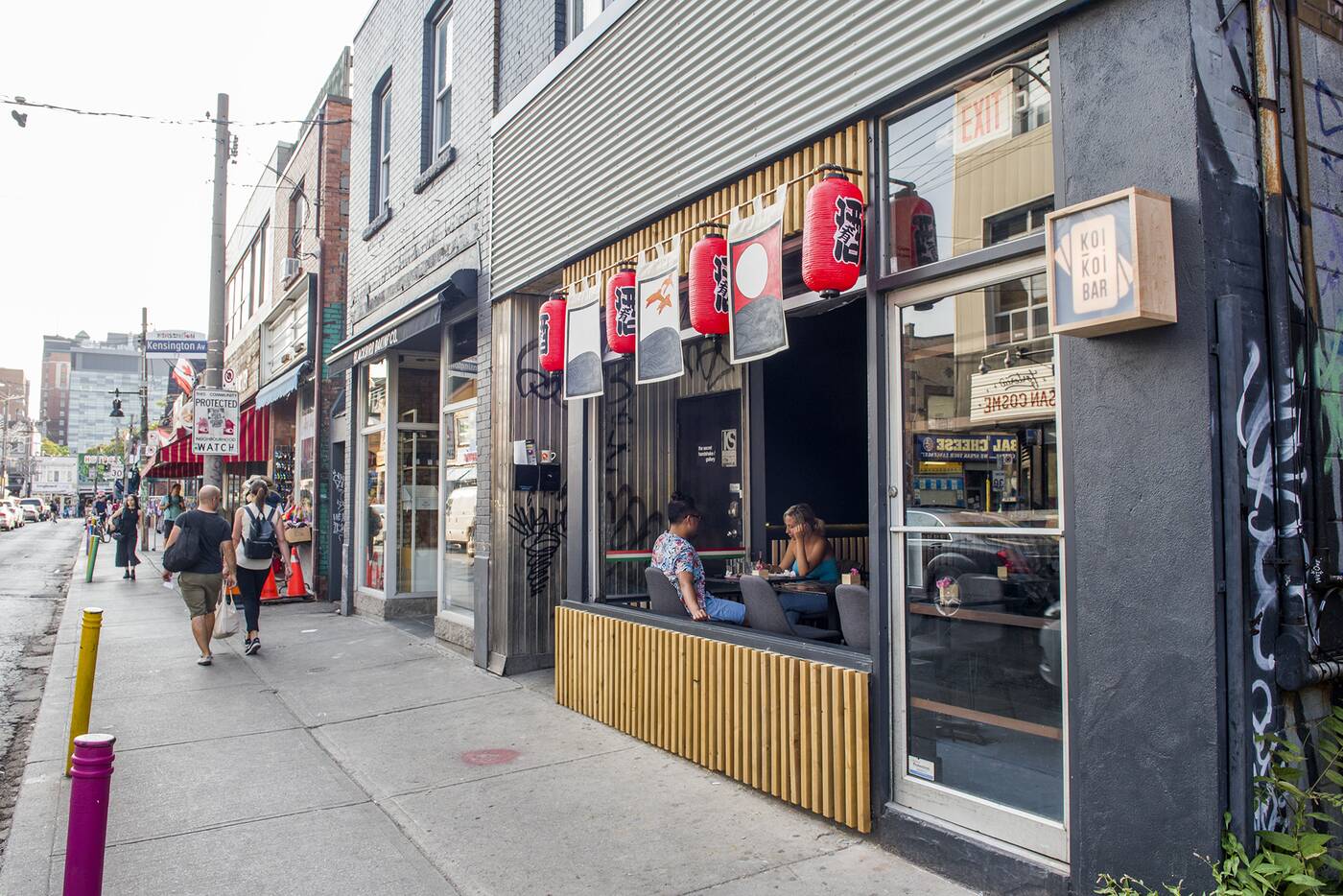